The Retreat (The return of Adam Deacon)

From his memorable role in the now classic Kidulthood, followed by his directorial debut with the somewhat parody Anuvahood, further cementing his ability as the lead character, Adam Deacon has provided some quality moments for many of us, inspiring a whole generation of comics and actors embracing street dialect and mannerisms, which before, seemed incredibly rare. Maybe, it was the lifestyle, maybe pressures, things behind the scenes, or just personal angst, but things took a toll on the young talent, and without delving into the details, the 2012 Bafta award winner found himself shunned out of the spotlight by the negativity that ensued.

The next we heard, was him embracing his errors and focused to rewrite the wrongs, an advocate for raising awareness on Mental Health amongst young men, he bravely opened up, and shared his story, but still that early promise shown appeared distant. Now 2017, and the culture (and scene) which he is a part of, seemed to have moved on, the new crop being heralded, that relevancy faded further. On Wednesday night I came across the Park Theatre (London) website, showing a new play titled, The Retreat, starring Adam Deacon, with the majority of the performances within the week Sold Out, there was just one seat left for Thursdays, and so I went.

The Retreat, written by Sam Bain (co-creator of the Peep Show), Directed by Kathy Burke, starring Yasmine Akram, Samuel Anderson, and Adam Deacon. With Samuel’s character Luke, at a Buddhist retreat in the Highlands, as he looks to escape his City life, only for his brother Tony (Deacon) to show up.

I write this having returned from the experience. I was just in time as I annoyingly squeezed past those already sat, found my seat whilst the performance began, with Luke (Samuel Anderson) meditating in absolute silence, before Tony (Adam Deacon) enters to disrupt it. That initial silence compared to the lengthy round of applause they received at the end was worlds apart, a further testament to the overall performance.

Anderson and Akram were great, and not to take anything away from them, but Deacon stole the show. I left truly believing that everything happens for a reason, as I watched an audience mostly twice our age (maybe more), from completely different backgrounds, grinning from ear to ear at his performance, uncontrollable laughter as he delivered his lines perfectly, his timing impeccable, his presence impressive. Whether it was a serious scene or him dancing to Giggs and Donae’o – Lock Doh, the level of performance did not dip in the slightest, if anything, it just got better and better. Sam Bain created a dope concept, with a meaningful premise, relatable to many, neatly wrapped in humour and emotion, with Kathy Burke’s direction spot on, helping execute the show amazingly. The actors embodied the roles remarkably, they WERE those characters, it is easier to switch off at a live performance than a movie, yet they had the audience fixated until the very end. 90 minutes seemed almost not enough, you wanted more, as the story unfolded.

I really enjoyed the show (mid-way, I thought to myself, I might just come and see this again), and hope that more people get a chance to catch it, especially those who may not be as hip to theatrical performances, it’s very well written, reminiscent of classic British comedies that we grew up on, with more modern relevance.

Furthermore, was great to see Adam Deacon shine again, someone who represents for so many, a lot who are overlooked in this country, so to witness him overcome adversity to deliver so well, seeing everyone (especially the old ladies) praise him as they left smiling, he can only improve and continue towards fulfilling his evident potential.

Mostly Sold Out, there’s some availability over this weekend, and early December, so if you can, check it out! 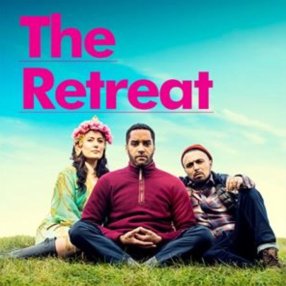 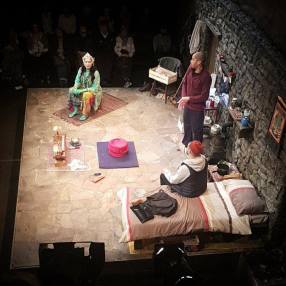