“Paid So Many Dues, I Must Have Credit”

Trust it to be G that brought me back out the hiatus. Truth is, substance has lacked heavily in today’s scene, with only a handful of music that stands out (those reviews are on the way). I have been wanting to review this from when the audio was uploaded to Soundcloud, but this is G-FrSH we’re talking about, so it was only right to wait for the video.

G’s emergence was down to quality music, his respect as a lyricist can be attributed to various freestyles and features, but in a ‘here today, gone tomorrow’ industry, it was his passion for the craft that kept him consistent. His talent, evident as always, at times was overshadowed by some of the more commercial outlets, and their choice of content, meaning there was a detachment between artist and audience. However, hustler by nature, he supplied to the demand that Legoman created, with a handful of projects, and there are still records in the vault that would sound just as frsh.

The smooth vocals of newcomer Sonny Reeves, may not be the generic uptempo club smash chorus that seems to be the trend, but rather takes you to a more closer and personal world, without sounding like a reach or a crossover attempt, a great example of the versatility that G (so effortlessly) brings to the game. Falling High, reminds me (in feeling) of his track Tears (ft. Bluey Robinson & Tania Foster), it has that honest essence, a more introspective portrayal of his current position and mindset within his career thus far. “I Swear I Got It, I Don’t Get Why They Don’t Get It, I Been Goin’ In For So Long..Maybe I Should Find An Exit”. The song can be interpreted in many ways, which allows it to resonate with people individually (a sign of a good record). It’s easy listening at it’s finest, with a strong core of substance, it does not need an overflow of metaphors & punchlines, “..Where Alcohol And Endo, See Us Through Our Pane (Pain) Like Windows”. It is self-expressive, and genuinely refreshing to hear.

It’s almost as if it is a behind the scenes record, even the visual, again..not a reach or out of his comfort zone, with James Partridge brilliantly executing the mood of the song, it fits within his previous work, yet like the record, it’s own authenticity projects through, in an almost minimalist concept. With his forthcoming Alfie EP on the way, it certainly seems set up for a more mature feel, especially with Falling High being the first release, which is great for music, and really shows his artistry, further separating him from the average rapper. 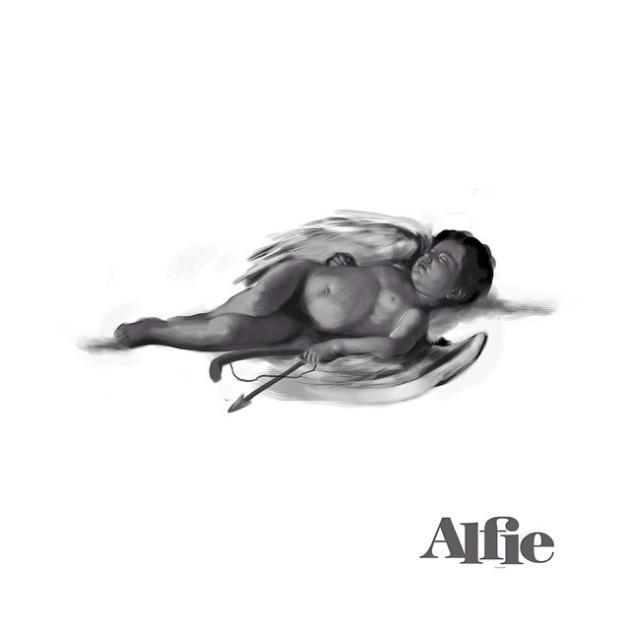