The talk of New York, Dave East has been a force of late in the resurgence of New York rap, an authentic artist with modern aesthetics yet true to the ol’ skool rules, with elements of the greats, he has been rapping his way through. Yes he has found himself a lot more attention from the ladies for more than his lyrical abilities, but it doesn’t dilute his music in the slightest. If anything the more a radio-friendly single aimed at the ladies is expected, the more grittier and darker his content is. He came to attention with the release of Black Rose, news of him signing to the legendary Nas’ MassAppeal imprint further raised his profile, but it’s his authenticity that has kept his ascend. It was not long before it was announced that he had partnered with Def Jam, bringing us the more introductory Kairi Chanel EP, leading us to what became his highly anticipated project, Paranoia: A True Story. I enjoyed the project, and though it was considered that there was not as much label support (amidst there changes), East was not deterred, instead announcing the sequel for the top of this year, and with no expectation, he released P2:

While it is very early to call it, I have to admit, this is his best project thus far, and I’m throwing it in the potential album of the year, as he sets the bar for the year. More in his zone, P2 is heavily armoured with motivation, the missing art of storytelling, flows, bars, production and substance throughout.

Very rarely can you listen to an album of late from start to finish, let alone 15 tracks. From the Talk To Big intro, as he flows smooth, “I got n**gas that’s never coming home, bitches say they love my music…don’t know none of my songs”, it sets the tone of the project. “I need some shit I could feel…nobody touch me, I say I’m meant to be here, the doctor say that I’m lucky”.

From Prosper, the Tory Lanez featured Woke Up, and Powder, it almost tells a story, of desire, commitment and success, before one of the standouts, Corey. Dave East is one of the best storytelling MCs out right now, and the lyrical journey is really enjoyable (down to the skit at the end), more so for those that can relate to such relationships. P2 almost serves as another level of the rapper proving himself and he continues to improve, so does his versatility, proven with a track such as Thank You, it’s lighthearted, catchy and not one bit sounds like he’s conforming or reaching, as he thanks his haters. I Can Not gets back to the aggressive sound we’re accustomed to, setting up for Annoying, which features an impressive verse from T.I. (who continues to body his features). Next up you have another standout, What Made Me, which is his ode to the rappers before him and their influence, incredibly infectious and dope..especially if you’re familiar with the legends he’s naming. Violent sees the return of one of New York’s unsung heroes, Lloyd Banks, but personally it’s overshadowed by the following song, I Found Keisha, the follow up to one of Dave East’s popular story-themed records, Keisha. It’s more so the lyrical picture painted, with the captivating flow. It’s a strong record to have towards the end of an album, and whilst the Bino Rideaux (All $ In) featured Maintain will find itself bumped loud out of cars and headphones, it’s not as soulful as Never Been, where Dave reflects of his life prior to the current success, leading to a similar but even more sentimental and heartfelt outro in Grateful featuring the emphatic vocals of Marsha Ambrosius.

I’ve found myself listening to the album thoroughly, even since Drake dropped Scary Hours, I still just press play on P2 and enjoy. It’s definitely looking promising for Dave East, who is yet to release a full-scale debut album, but he’s definitely close and if P2 is anything to go by, he is definitely living up to the buzz around his name, rightfully, as New York and bars ain’t going nowhere so long as Dave East is about. 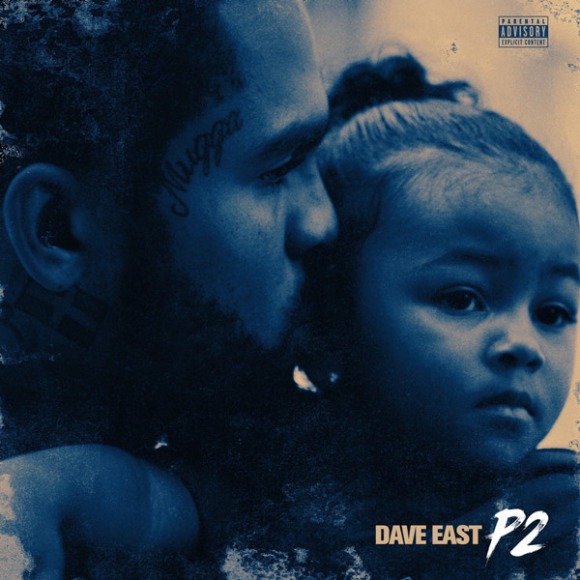