The Article About Nothing: Wale, the underrated

After news that his newly released album, Shine, which has not been so prominent within the realms of the internet, was projected to sell under 30,000 copies in it’s first week, in comparison to Kendrick’s 500,000, the term ‘flop’ began to surface.

Most recently, Joe Budden highlighted the lack of support Wale received (being a major recording artist), citing the disconnect of the radio hit as a factor, and with the release of this effort unlike that of his 2011, Ambition (arguably his biggest album). It featured the street anthem of the same name, a personal favourite, That Way, and the massive (Miguel featured) single Lotus Flower Bomb. His 2013 release Gifted had a similar aesthetic, boasting the hits LoveHate Thing, Bad (and the Remix ft. Rihanna). And then once again, his 2015 Seinfeld concept, The Album About Nothing, the third instalment to his Seinfeld-themed mixtapes, The Mixtape About Nothing (2008) and More About Nothing (2010), The Album About Nothing featured two giant singles, Matrimony featuring Usher, and (the Jeremih assisted) Body. The point being that Joe Budden might be onto something, as there has been a formula and roll out, for his albums, lead with a distinct radio hit. Shine for some reason goes against that, rather than the obvious single choices, they started with PYT, a song which I was listening to the other day, and wondering if it would have been even bigger if say Chris Brown was on the hook? and it felt like an assertive decision from Folarin to push forth with DJ Sam Sneak. It did good, well over 100million plays overall on all platforms, yet still feels like it had more potential. Even the second single, now relying on the feature somewhat, linking with Lil’ Wayne for Runnin’ Back. Definitely an underrated single, it just shows that for some reason, the hype or demand is not there the same way, the moment is coming and going without impacting the masses. I still can go back to his 2009 debut, Attention Deficit, and listen to tracks like Shades, Chillin’, Contemplate, Diary, Beautiful Bliss, or Prescription and be reminded of that time.

The album release was put forward, and the press runs ensue, which was great for me, I wanted to hear the album, but My PYT peaked about 6 to 7 months ago, and so unlike Kendrick’s release with the lyrical warning (which did get air time for the alleged Big Sean diss), but then he gave us Humble, and everyone got behind it, 100 million+ views in a month, then an impressive Coachella set, before the video for DNA, which has only pushed the run further. Yes I know, K Dot is technically a bigger artist than Wale, but here’s the thing, whilst physical sales may be low, Shine has done well on streaming services. Kendrick’s streams are a lot higher, but I tribute a lot of that to not only the sound, but the execution of the roll out.

Bringing me back to My PYT, and the time in which the album was released. The fact that Rozay’s album came before, though it helped the brand, I don’t think it helped Shine.

Wale has been overlooked throughout, from the fact that he had been uplifting the people musically from the get go, even Nike Boots was more for soul than the sole.

A modern-day pioneer for the kick game, you were not checking for foamposites ’til him, even the shoes that followed, he was a big influence. All this is great, but is his name bigger than his artistry?! Has his personality transcended the music, to where, people feel they can speak on him as if he is not one of the most talented poets of his generation?! Is MMG no longer the force it was?! Or are people just not ready for Go-Go music?!

I once thought that it was because his vocals were not as clear as they used to be, but feels more like most media are too busy sucking up to those at the top, to actually pay attention.

Shine will definitely garner more listens over time, just not at the same rapid rate as the more popular names. I was disappointed to see the image of someone not of the culture, accusing Wale of capitalising on the current caribbean trend, for his WizKid, Dua Lipa and Major Lazer collab. Sounds more like Wale once again, pushing the culture forward. 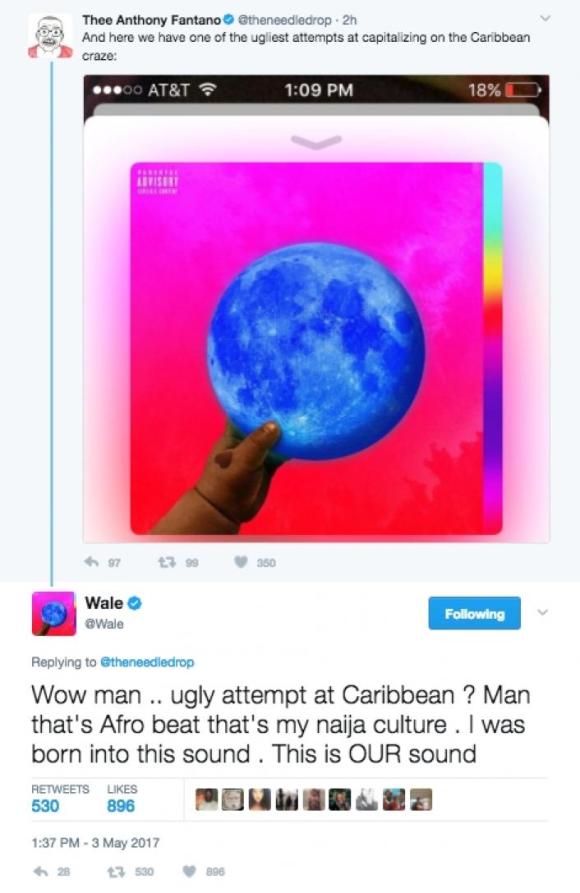 Wale, who recently became a father, he’s obviously sharing his time, and so maybe the process of it all suffered a bit, but regardless..he’s blessed, and that’s present in the music. As we have seen with Drake’s Views, and Kendrick Lamar’s TPAB, great projects, but still received criticism, leading to More Life, and DAMN. Similarly I hope Wale follows suit with his next project.

I believe in the album, it’s a quality project (might be up there as one of his best), and it will grow on you, so I realise, in reality, Wale’s discography is ahead of it’s time. As a fan, I do believe that him as a person has a part to play with things. He’s a real one.

Remaining positive either way, as the music is undeniable. I am definitely looking forward to more new visuals. I’m unaware of the budget etc, My Love obviously, deserves something special, but to be honest, each song could benefit with a video. Fine Girl has so much potential too, it just shows you the spectrum that the album is.

Big up Wale on a solid body of work, I’m definitely enjoying listening to it.

“The best duo ever”, according to Pusha T, one half of the street favourite The Clipse, return with a lavish video to the remix of their single I’m Good featuring Rick Ross:

This remix is a change in contrast to the original, the beat is the same, the content and video however are darker, more luxurious and obviously with the, “Bawwsss” Rick Ross on the feature, the Maybach lifestyle is expected, a lot of bragging and statements being made, however, although typical of the two, they are two of the best providers of such music and so this collaboration is pulled off with ease.