Here is the official video for the track that is being tipped to be Chipmunk’s first Number 1.

Oopsy Daisy is a special song, it has ‘hit’ written all over it, Chipmunk’s large female fanbase might just have their favourite Chipmunk record so far with this one, whilst the guys can relate to this as he speaks from a male perspective, with Mr Munk being in his late teens, he manages to cater to those younger and older at the same time with his sincere approach, I even think that my 8/10 rating was me being critical to avoid being biased, it just posseses a feeling, I can see this track being played 5 years from now and have that same appeal as it does this instant. The video is again directed by Vertex (Marvell crew), who is developing quite the portfolio and name for himself behind the camera, featuring Red Madrell (Kidulthood, Adulthood) as his love interest, the video is a perfect visual for the song, in terms of clear and understanding, the ring of fire emphasises emotion and it looks good too, Chipmunk has come a long way in a small space of time, Oopsy Daisy is about to take him a lot further. 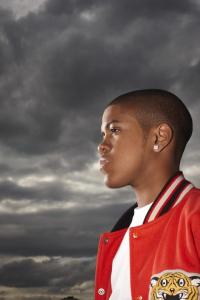