If you know him, then you know he’s one of the realest, but Automatic Spray looks set to return to the frontline of Gangsta rap, and has shown no signs of slowing down, following up on Nowadays, as he links up with the Roadside Gs.

Rat-At-At-At is a mix of nostalgia, with the addition of Smiley & Phantom (of the Roadside G’s collective), and a more modern take on the aggressive sound that both could be considered pioneers in, which is obvious from how effortless they flow, not only in regards to production, but the content itself. combining the Rap & Grime styles. It’s gritty, greazy and far from weak, all the factors that have had Young Spray recognised as one of the hardest out, and the change of flows courtesy of Roadside G’s help switch things up. This track will really be appreciated more so in a live setting, with it’s charged-up feel..he could come through and make an impact for sure, and it seems he’s thinking as such, with the recent material, as he’s not far from his own headline show. 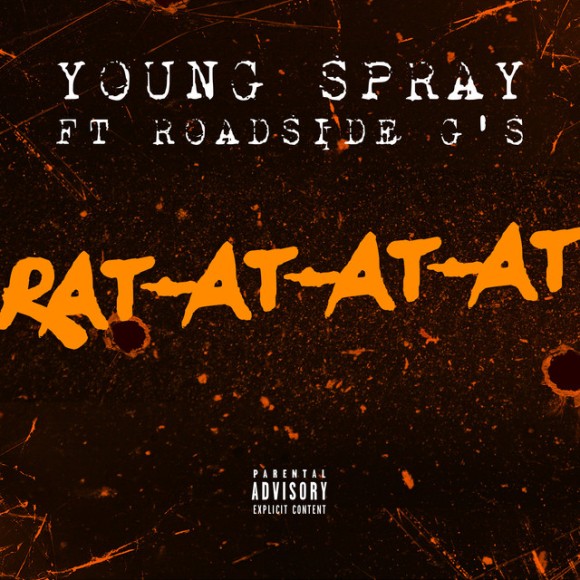 Also, if it’s your thing, check out his #JailRap series, while many can argue the nature of it, or the correlation between music and crime and all that shit that is for another conversation, he has been using his own platforms to showcase those unable to at the moment. Again, if you know Spray, then it makes sense, as it’s really him trying to give those in negative situations a positive difference. Here’s the latest of the series thus far..