For some years now, I’ve been singing the praises of Jimmy Prime, Donnie and Jay Whiss, the trio collectively known as Prime Boys. With every review, I find myself referring to them as, “the 6’s best kept secret”, due to the fact that they have consistently put out some of the highest quality of music and visuals, yet tend to be overlooked. Despite their lack of commercial success, talent can only be denied for so long and as they steadily rise up the underground, they return with Tinted.

Tinted sees the trio link up with longtime collaborator Murda Beatz, as they bring you into their lives, as they do it big, living life in the fast lane on that money chase and avoiding the hate that comes with it. The hustle-centric anthem kicks off with Jimmy at his braggadocios best, dominating from the get go with his varying and catchy flow, he sets the tempo with lines like, “Saks Fifth…run it up for practice, Cos’ I can’t bring this money to the casket..”. Donnie steps up for the second verse, with that aggressive drawl, as he skates on the beat, and might have one of my favourite verses (if not lines) with, “They trying their hardest to find me, trying their hardest to line me, Prime Boys like the Isleys, all of this moneys contagious, we doing shit for the ages.. “. I’ve previously described abstract rapper Donnie as Canada’s Quavo, with his unique sound and versatile style as influential on verses as it is with the hooks, and as much as I don’t want to do the comparisons, together, the Prime Boys could be seen as the Migos, more so for their chemistry, the unity between them, their flare for fashion and individual abilities, which combined make for great music. One of the more traditional rappers of the group, Jay Whiss adds to his dope hook with yet another strong verse, from the flexing, “moved to the burbs…I see horses out my window, like the time my wrist glow..”, to the darker, “Man I lost so many people…I stopped keeping count, luckily these pills help me even out, Whiss is getting money..guess the secrets out, and I got a couple shooters that I keep around”.

One of the reasons I rate them highly is their production value, matching the levels of quality of the songs, Tinted, rather than the regular videos we’re often used to, continues along the cinematic lines which I’m accustomed to from them, as these (literally) icy visuals have them whizzing their quad bikes through the ice, balanced with the separate black and white backdrops (sporting their Prime merch), down to the escalade blown up at the end. Where many may have appeared bitter or even given up, with the help of the team (the members behind the scenes) altogether, Prime Boys continue to make waves and grow on their own terms, establishing themselves not just as some of the best talent in Canada, but globally.

Click the artwork below to view their official site, a hub for not just Prime but a curation of all things cool. 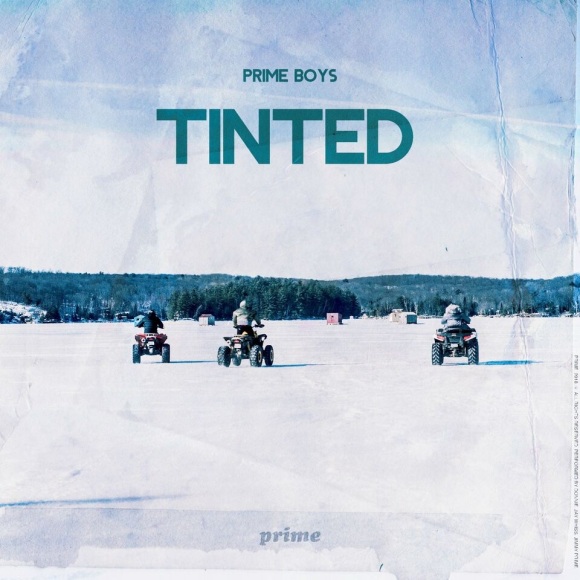