It’s that time again. The Croydon ambassador charging up your sundays with the latest edition of the Savage Sundays series..

“How they talkin’ ’bout banging and never seen shells?, I’m the one that they call upon when they need help..”

Already racking up a couple thousand views in a couple hours, he’s managed to maintain a core fanbase amidst the previous inconsistency, and along with new listeners..they’re enjoying the series so far. For Episode 3, we get Wholagun more in his rap lane, and once again, a fitting flow for this mid-tempo number. The content is what’s to be expected, but note that it’s not so easy to express it in so many ways, as he seems to do so effortlessly. Initially I was thinking that with the visuals, the series could be interpreted as repetitive, but it’s like being in the car with him on a Sunday to hear a new rap, it’s that very authenticity which helps justify the series and him as an artist.

“Tryna do it for my city..I’m holding the key, solution to the problem..they know that its me.” 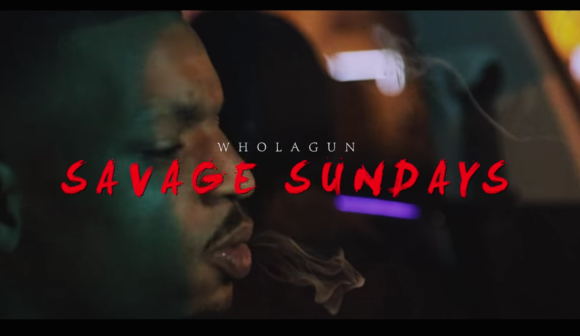