As you know, I’m always listening out for good music, I come across an artist by the name of Zee Kay, he looked familiar, then I remember that I met him at the video shoot for Sef – Need A Hero ft. Swiss. The talented yet humble singer, had officially made his debut with the single ‘My Moment’:

In all fairness this was not a bad track, with the right promotion I think it could have gone further, but as an introduction to the artist, it was a good effort. That was released last Year in August. Fast forward to 2009 and Zee Kay returns with the follow-up, titled ‘In Denial’:

Different from My Moment, In Denial sees Zee Kay lace a more edgy, up-tempo club track with his soft R&B sound, similar to the early classics from Artful Dodger In Denial sounds good. The concept helps it stand out, with Zee Kay showing his songwriting abilities, he wrote the track Baby for Ginuwine:

Zee Kay is another addition to the rising singers the UK has to offer alongside artists such as Loick Essien and Bluey Robinson. 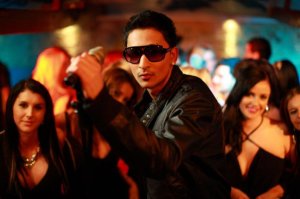 I know there have been a few and will be many more tributes to come, One of the most popular is The one with The Game, Chris Brown, Diddy and BoyzIIMen, there is also an amazing one by UK’s own Sway, but the following gives an idea of something I thought of yesterday.

I wondered that rather than refunding the tickets for the 50 shows, would it not be good if the best in the industry performed the classics in tribute, the likes of Ne-Yo, R. Kelly, Usher, Ginuwine, Sisqo, Justin Timberlake, Omarion and even Chris Brown, then i began to think which songs they could cover (Who deserves to perform Billie Jean?), then I came across this clip of Robin Thicke singing to Human Nature in tribute and I guess that is the song he could perform, seeing as he does it so well.

Here is another version:

After watching this I think Chris Brown’s voice would be best suited to perform ‘In The Closet’:

But then he has already (sort of) performed Billie Jean (05:18), Although I still think Usher or Ginuwine are more suited:

Let me know what you think, would it be a good idea? ..if so, who would you like to see and covering which song?

Yes, you read that right, Ginuwine is back!

With competition so high these days, Ginuwine was Usher’s biggest rival in terms of R&B Performer, then the arrival of the likes of Omarion and Chris Brown came and even the rise of Justin Timberlake forced Ginuwine to sit back a bit.

Now with Chris Brown having to step back, Justin creating his own lane, there seems a vacancy, or atleast one last chance for Ginuwine to try, so he returns with Last Chance.

I like this song, it reminds you while you liked Ginuwine in the first place, his voice cannot be matched with anyone else and by the looks of it, he still has some moves, I always felt that he was a better dancer than Usher, he was just more Prince than Michael, which means commercially Usher was always going to get more exposure.

The video features cameos from Tyrese and Lisa Raye, this track and project even is completely unexpected as I was waiting for the TGT (Tank, Ginuwine & Tyrese) project, but I’m not complaining as Last Chance has Ginuwine singing like it literally is his Last Chance, his relevance as an artist may not be the same, he is older and the audience is a lot younger but he has never let that be a problem before (Think back to ‘Differences’)

His previous album ‘Back II Basics’ was not received as well as I felt it should have, it had tunes such as ‘Shes Like’ and ‘I’m In Love’, yet it did not help secure his status nor have an impact as big as ‘In Those Jeans’.

It has been a long journey for Ginuwine since his arrival with Pony, but don’t count him out, Last Chance has every chance to be the career saver that he needs, real Ginuwine fans remain loyal but whether he can gain a new set we are yet to see, if any song will do it..it has to be Last Chance.