MTV Africa award winner M.I. reaches out to UK’s European representers, Eurogang’s SAS (Mega & Mayhem) for the remix to what is becoming an African classic, Hustle.

Mega & Mayhem have been consistant with the quality of their music, they were one of the earlier artists I tipped for success, this was back when I did not even write, I was just a fan, they went on to work with Dame Dash and there was talk regarding Dipset, but all that matters is that SAS are well respected both in the UK and in USA, that is a rare accomplishment, with this track the Flygerian brothers have now justified their reputation in Africa, a good look for the two, representing the United Kingdom with two honest and heartfelt verses, M.I. has a style of his own and you can tell why this song is such a hit, so combine the two and you have an even bigger record and another step forward in spreading unity through music.

Black The Ripper – My Lyrics are Forever

During a recent trip to New York, I asked the locals which artists in the UK they knew about, I wanted if they have the same exposure that we have of their artists. The majority knew of Tim Westwood and used words to describe him that I can’t really say but you get the point, Dizzee Rascal it seems is the most famous prospect over there, I was hoping someone would say Wretch 32 or Ghetts, however that was not the case, for ages we have had Hip-Hop dedicated radio shows, our own awards ceremony ‘the Brits’ and ‘Mobo’ give out awards to more overseas artists than homegrown, the likes of (that was before the recent awards) Ndubz and Chipmunk are changing that I agree, however if we can know about the likes of Currency, Wiz Khalifa and Slaughterhouse here in the UK then why do they not know of our talent?

There are a few reasons, their population is far larger which means more rappers, so everybody is too busy following what is ‘hot’ rather than having a real passion and allowing themselves to be naturaly inspired by a wide variety of influences. The Duo of Mega and Mayhem, better known as SAS were another name I heared a fair bit, could be due to their once affiliation with Dipset and Rocafella records, or just the fact that they have put the work in over there.

This article/review is to silence anyone who argues that the UK does not possess the talent or the fact that it is because of our dialect, as Americans have a different accent to us yet for years we have been listening and supporting.

After hearing this track, I felt the same feeling that I would get from listening to Wu-Tang, or even Rakim, Black the Ripper aka Samson takes it back, the production is Hip-Hop, it possesses the feeling of a classic, the potential is amazing, A real music fan anywhere in the world can appreciate this, Black the Ripper is talented and is clearly not phased by the problems many face to progress into mainstream, he celebrates the idea of being underground, using the internet to reach his audiences, he has come a long way through his own hard work and ambition, expect to hear a lot more of this artist because real talent can never be denied! 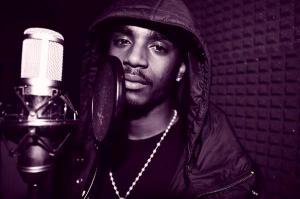 Click Image to visit his Official Myspace page, listen to more and see new videos from the highly talented emcee

The clipse return with the newrelease from their forthcoming album ‘Till The Casket Drops’. 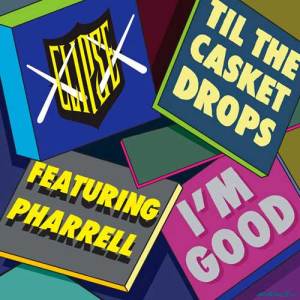 I’m Good is pretty much a laid-back, feel-good track, a summer chillout tune. Typical production courtesy of the Neptunes, which is not a bad thing because it will compliment the rest of the productions by the neptunes on the album which also features production from the likes of Kanye West, Swizz Beatz, J.U.S.T.I.C.E. League and DJ Khalil (He produced Kinda Like A Big Deal ft. Kanye West).

I think this will be a success (in the USA at least) for the simple feel good factor that it possesses, it has a element of fun to it, I can see many people catching onto the vibe and I’m sure even Pharrell and the Clipse (at the time of recording) visioned people cruising in their cars playing this. You have to give the Neptunes credit for creating a song that captures the feeling of a true summer. I think it’s impact is subdued to the fact that the video for Kinda Like A Big Deal was put out first, that was more of a strong statement so people took notice.

I’m Good is like the title..Good, definitely one to add to your summer soundtrack.

Now to wake you up,

The DJ Khalil produced anthem really gave the Clipse a good entry back into the game, with the heavy feature from the self proclaimed new ‘King of Pop’..Kanye West. Pusha T & Malice really stand out lyrically, which is what they are ultimately known for, so to be on level with Mr West can only help the Virgina duo reach more success. I’m Good was good, Kinda Like A Big Deal is to be honest kind of like a big deal, the real record i want to hear is ‘Popeye’ featuring Cam’Ron, that is said to be the one, so good that it is being kept securely.